The following article appeared in the June 12, 1926, issue of the Cleveland Plain Dealer: 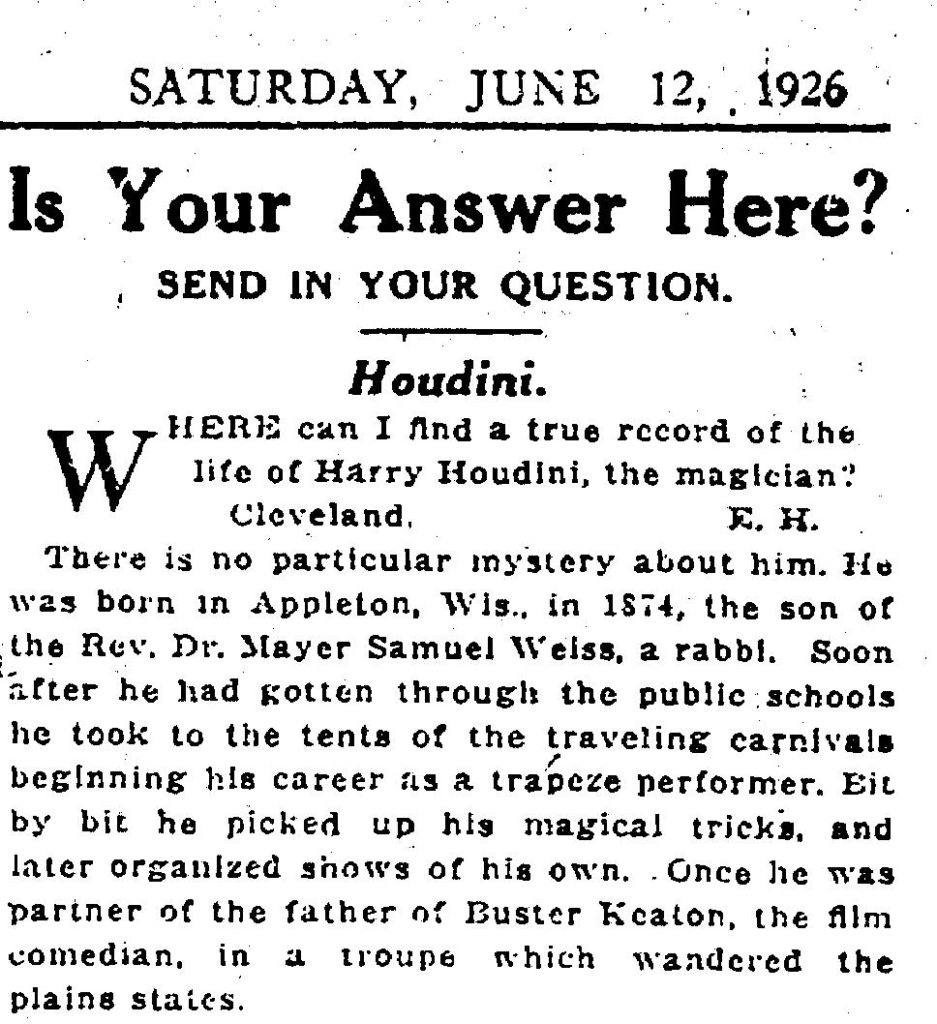 The Editor answers that Houdini was born in Appleton, Wisconsin, in 1874. Readers sat back thinking that they had the full truth: the legendary artist, one of the most famous people in the world, was born – where else? – the United States!

The Editor did not mean to falsify the facts. The public was not aware that Houdini was born at another time and in another place…

Houdini himself denied his Hungarian origin. In one example, he submitted the following passport application in 1913:

Houdini’s self-reported birth place, Appleton, can be seen in the center of the page.

He repeated this place of birth in his passport application from 1919:

On both of these official documents, Houdini states under oath that he was born in Appleton on April 6, 1874. 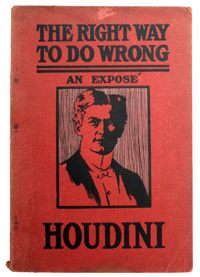 One should not be surprised that the Editor repeated the same false information. It took many years and a lot of investigation to reveal the truth of Harry Houdini’s Hungarian origin.

But how did the truth came to light? Follow our future posts to find out.