It was a Tuesday. The citizens of Budapest awakened to a chilly morning. The weather center  reported the temperature at 1.2 Celsius (34.16 in Fahrenheit) at 7 a.m. There was a light wind from the northwest. The Danube’s height at Pest was eight feet, ten inches. The people of Budapest expected a dry and sunny day. 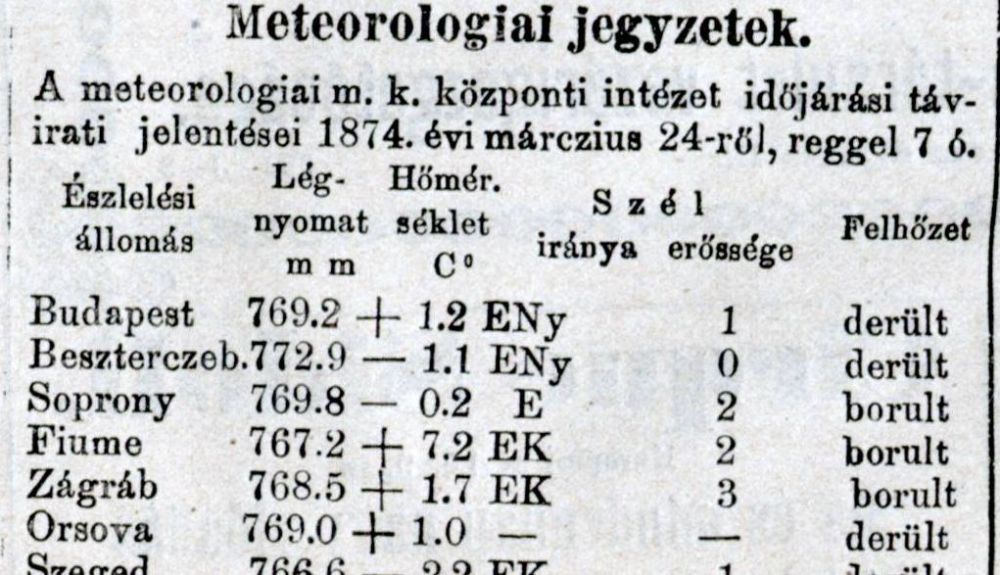 Report of the weather center on the morning of March 24, 1874

It was business as usual on the political scene. The Parliament held its daily session, and a variety of speeches were given in the presence of Prime Minister István Bittó and Minister of Finance Kálmán Ghyczy. There was a flat market at the stock exchange.

The Pesti Napló (The Pest Diary), the daily newspaper which was issued twice a day, published the following news:

„Miklós Nyáregyházi Nyáry has passed away. A member of the Pest County Committee, he was most famous for his incredible size and weight. At the time of his death he weighed more than 300 kilogramms (662 lb). The undertaker had to prepare an extra-large coffin to accomodate him.”

„Today’s presentation of „The Prophet” obviously lacked any rehearsals. The choir sang terribly, Irma Kocsis (Fides) was not able to produce a clear sound, and Ellinger himself acted very poorly as the „Prophet”. We shall not speak about the Sun which was unable to rise at the end of the third act, and it was only with a lot of trouble that the papier-mâché palace was demolished at the end. These things are so very usual, it is worthless to mention them…”

„At the general meeting of Budapest, Dr. Imre Poór gave his expert opinion on water meters, and strongly rejected their use. He argued that meters can be bad for community health; moreover they are expensive, worthless, and do not operate consistently. Finally, they lower the strength of the water, thereby minimizing its freshness and quality.

„The Minister of the Interior has given a permit to Lajos Bergheer – owner of the mechanic-theatre – to operate his floating theatre on the Danube River all over the Kingdom and to present various performances on this special boat.” 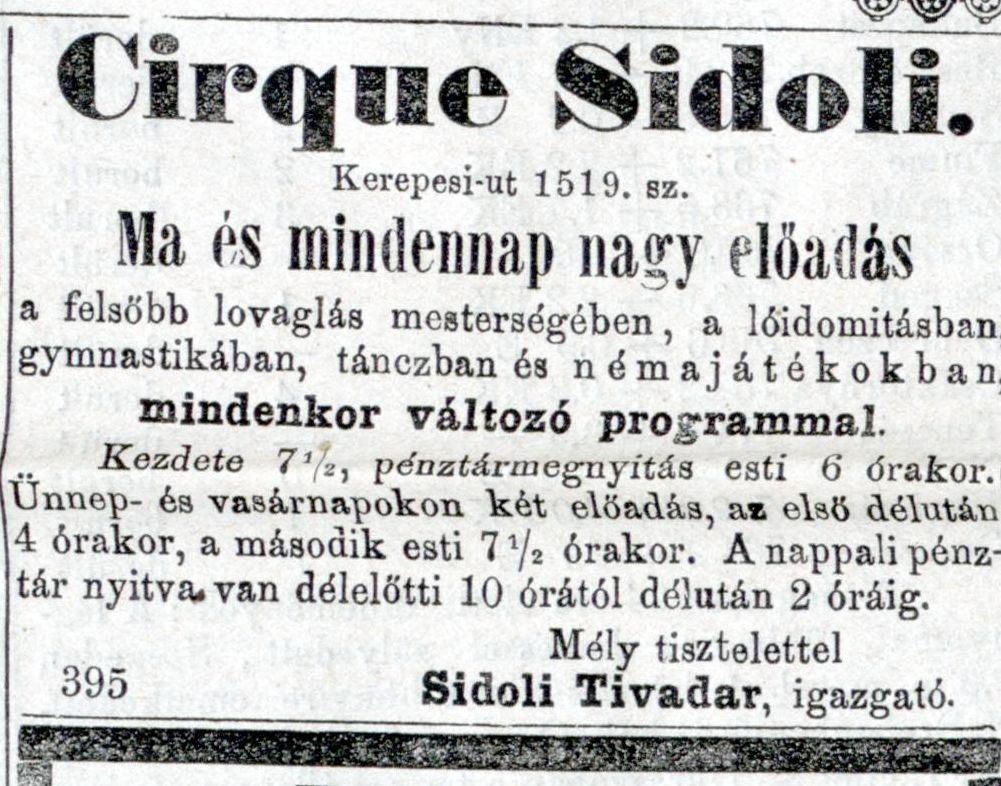 Mr. Sidoli and the people of Pest had an average day. Nothing out of the ordinary occured. Nobody knew that for the lovers of magic, this day, March 24, 1874, would become famous for the birth of a little boy, the fifth child of Samuel Weisz and Cecilia Steiner. In Rákos-árok Street Erik Weisz was born. He would later become world famous as Harry Houdini. On this most average day an extraordinary artist’s life began, and 142 years later this Research Blog commemorates him.